“This Could Be The Greatest Disaster Haiti Has Ever Knew” 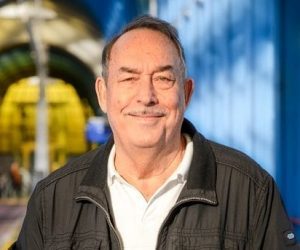 You may have read it: the coronavirus has also reached Haiti. The country with so many problems is not prepared for yet another major crisis. Johan Smoorenburg: “After working in Haiti for 38 years, we think this could be the biggest challenge for us and the biggest disaster for Haiti the country has ever known.”

The information provided by the government is also questionable: “The biggest problem is that the government incorrectly informs people. She continues to maintain that 25 people are now infected with the virus. That only a few hundred are quarantined. This is certainly not the case. Because dozens of sick people who were housed in a kind of hotel have run away. They were let down by the nursing staff there: they had no money, no food and had to take care of themselves. These people – who are probably infected – are now walking quietly among the population. ”

There is a lot of ignorance among the population. And if they already seek help for their complaints, they are often not helped. Johan: “They cannot do tests in the hospital, so people are sent away. Nursing staff and doctors no longer come to work because there are no personal protective equipment. There is one laboratory in Port-au-Prince that is allowed to do the tests. It then takes four days for someone to get the results, so people don’t wait for that. In fact, they hide from fear of being stoned. ”

Our village / base is quarantined

“We are very worried. We do what we can to protect the approximately 250 children, teens and staff who live or work with us. In this way, all children remain in the village and the staff have also agreed to remain in the village. However, the driver sometimes has to get out. For example, a child recently broke his hand due to an accident. He had to have an operation, so we go away from the village for this kind of emergency. The driver and the car are immediately disinfected. We have food until the end of May, but still have to buy for a month, because we expect to be indoors until at least the end of June. ”